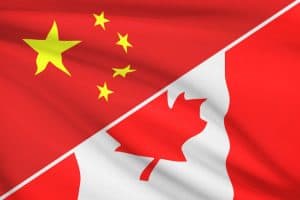 November 22, 2017 – Canada has received more than half a million Canada visa applications from China in 2017, and it is taking steps to increase that number further.

Ottawa is stepping up its drive to attract more Chinese visitors and students by opening seven new Canada visa centres across the Far East country.

The move comes as significantly more visa applications have been received from China in 2017, with numbers already 15 per cent up on the total for 2016.

Immigration Minister Ahmed Hussen was on hand to help open the Nanjing centre, as his government aims to boost ties between Canada and China.

“Canada has a long and proud history with China which our department continues to play an integral role in,” Hussen said.

“At IRCC, we are committed to improving client service for applicants and to being more efficient. These improvements will better serve Chinese applicants as we continue to create stronger business and personal ties between our two countries and welcome new immigrants to the Canadian family.”

Immigration officials are seeing a growing demand for Canada visas from Chinese applicants, with the new visa centres designed to help cope with the increased workload.

The centres are there to facilitate the whole visa application process, available by phone, email or in person to answer questions in local languages.

IRCC is keen to make it easier than ever for Chinese residents to apply for a visa. From early 2018, the Canada immigration department will begin accepting payments via UnionPay, one of the largest payment processing providers in China.

“Expanding our visa application centre network in China will make it easier for Chinese families, friends and tourists to visit Canada.”

McCallum is a senior man in the Liberal party and assisted Trudeau on Canada’s China charm offensive in 2016.