September 5, 2017 – Canada’s immigration authorities have announced a second round of invitations to apply for the Parents and Grandparents Sponsorship Program will begin from September 6, 2017. 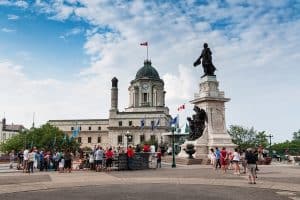 The widely-expected move comes after the application threshold of 10,000 was not reached following the first round of invitations. The 90-day window for applications to be submitted expired on August 4, 2017.

Immigration, Refugees and Citizenship Canada (IRCC) says sponsors and candidates for the new round of invitations will be selected at random from the same list of people who expressed interest in the program in January 2017.

Invitations to apply will be sent by email, with sponsors advised to check their inbox and junk box regularly over the next week. The deadline for this second round of invitations will be December 8, 2017.

Only sponsors who have been selected in the second round will receive an email. After the first round of invites, unsuccessful candidates also received an email to say they had not been selected.

The IRCC came in for criticism after changing the format of the Parents and Grandparents Sponsorship Program application process for 2017.

Instead of a first-come, first-served policy, a new lottery format was introduced with the aim of making the system fairer.

The IRCC has not said how many applications it received following the first draw, but as of June 2017, only 700 had been submitted, with some of them incomplete.

Under the previous system, an application window would open in January and the first 10,000 received would be processed. This led to long lines at the processing centre and applicants enlisting the help of couriers to guarantee their place.

While the intention behind the decision to move to a lottery format is clear, there have been problems with the implementation.

The first criticism was that the change was not announced until December 2016. Many families had already gone to the time and expense of preparing applications under the old system.

There was also a feeling the method for entering the lottery did not go into enough detail. There are strict qualification requirements for the Parent and Grandparent Sponsorship Program, including on income of the sponsor and on health of the parent or grandparent. These requirements were not listed on the basic form for entering the lottery. It seems families entered without realising they would not be eligible.

With 95,000 expressions of interest received, sponsors and candidates face a 1 in 10 chance of being selected in the first round of invitations. Before the need for a second draw came about, those not selected were simply told to enter the draw again in 2018 and face the same lottery process.

The IRCC has already said it is considering tweaking the new system for 2018. Under the old system, a huge backlog of applications was created that is gradually being worked through.