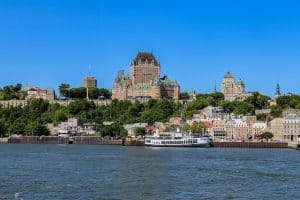 March 27, 2018 – Quebec has sent Canada’s federal government a bill of $146 million for the resources it has so-far used to accommodate thousands of illegal border crossers from the U.S.

The provincial government says Ottawa should pay for housing and feeding the border crossers. The bill also incorporates costs that mount up as the asylum seekers wait for their cases to be heard, with Immigration and Refugee Board backlogs running into several years.

Quebec says issues with asylum seekers and the Canadian border are dealt with at federal level.

The mainly-Haitian asylum seekers came to Canada over fears they would lose their Temporary Protected Status in the U.S.

The federal budget includes a further $173 million to be spent on the situation, with some saying the situation seen in summer 2017 could be repeated in 2018.

Canadian officials are hoping an information campaign will stem the flow of asylum seekers from the U.S., as Donald Trump’s administration cracks down on the special status afforded many different nationality groups.

The numbers peaked overwhelmingly in July and August, which saw 3,134 and 5,712 interceptions respectively.

Locations including Montreal’s Olympic Stadium were used as temporary shelter for the illegal border crossers.

Immigration Minister Ahmed Hussen and Public Safety Minister Ralph Goodale were grilled on the situation by the federal government Standing Committee on Citizenship and Immigration in October 2017.