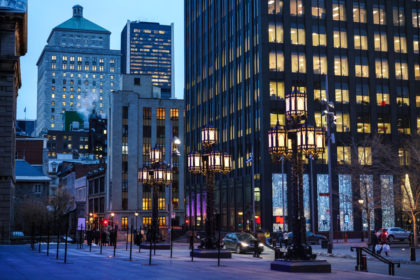 Aug 27, 2019 – Quebec has announced new funding to support businesses looking to hire temporary foreign workers, with the province in the grip of a labour shortage.

The governing Coalition Avenir Quebec will spend nearly $55 million to help the recruitment and integration of temporary workers.

The funding comes as the CAQ follows through on an election promise to cut permanent immigration by 20 per cent, despite the protestations of the business community.

Quebec currently leads Canada with a job vacancy rate of 4.1 per cent. The latest figures show it has nearly 121,000 unfilled positions and a record-low unemployment rate of 4.9 per cent.

As a result, employers are turning to TFWs for their recruitment needs. The number of work permits issued for Quebec rose by 36 per cent in 2018, with 17,685 permits issued during the year.

The money will be spent in the following areas:

The new funding will see employers hiring an immigrant or visible minority candidate receive a gross wage subsidy of 70 per cent, up from 50 per cent prior to the new cash injection.

“To address the phenomenon of labor scarcity, the recruitment of temporary foreign workers is an option that more and more businesses are turning to,” Boulet said.

“Your government wants the inclusion of the greatest number of workers so that everyone has the opportunity to showcase their talents.”

If you are a candidate looking for a Quebec job, or an employer looking to recruit foreign talent from abroad, immigration.ca can help. Access our expertise through our in-house recruitment enterprises, www.grnmontreal.com and our newest asset, www.skilledworker.com, “the leader in foreign recruitment”.

Hiring a TFW In Quebec