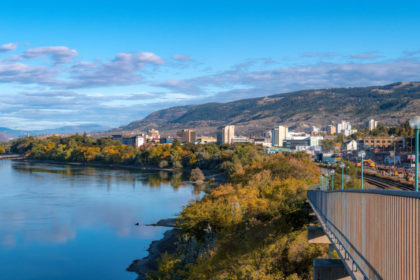 The Rural and Northern Immigration Pilot (RNIP) is getting the two thumbs up from economic development experts in Thunder Bay.

“As our community faces stagnant population growth and an aging workforce, many organizations are proactively sourcing the right people to offset predicted labour shortages in the future.”

Since January of this year, the bulk of the 69 recommended candidates have in the hospitality sector, with 26 in the accommodation and food services sector. Twelve candidates have been recommended for positions in healthcare and social assistance, seven in professional, scientific and technical services, eight in the transportation sector, six in retail, and three in each of manufacturing and constructio

There is one candidate in each of: the arts, entertainment and recreation sector; real estate, rental and leasing; administrative support, waste management and remediation services, and; wholesale trade.

“Immigration is one of the suggested strategies for helping to grow a community like Thunder Bay,” Lauzon said earlier this year. “We’re testing out to see if something like this works,  if people will come here and stay here, if they have meaningful, full-time employment in Thunder Bay.”

“I’m pleased we are able to introduce this new pilot to continue experimenting with how immigration can help ensure the continued vibrancy of rural areas across the country,” she said.

Sault Ste. Marie MP Terry Sheehan has noted that at even a small number of newcomers with the proper skills could produce big results for communities like the Soo.

“The jobs of tomorrow for the middle-class go hand-in-hand with economic development and filling key vacancies with skilled talent from around the world,” he said.

The five-year federal immigration pilot was launched in June 2019 to help communities with aging populations and labour shortages in their struggle to attract and retain new immigrants.

To be included in the pilot, communities had to:

Candidates must check they meet both the federal government eligibility requirements and community-specific requirements.

The first step is to find an eligible job with an employer in one of the participating communities. Those are:

Once the candidate has an eligible job in one of those communities, he or she needs to submit an application for a recommendation to the community before applying for permanent residence.