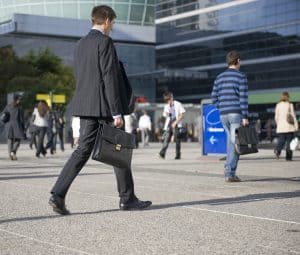 May 16, 2018 – By the end of Q4 2017, Canadian job vacancies reached a new high of 399,000 jobs in the private sector alone. According to a report by the Canadian Federation of Independent Business (CFIB), this high figure is the result of a lack of skilled workers and a rapidly growing economy. It is also the highest number of unfulfilled jobs in the private sector every recorded in Canada, the report stated.

To highlight the increase in vacancies, the job vacancy rate, which signifies the proportion of unfilled jobs relative to all jobs within the private sector, rose from 2.4 per cent to 3 per cent between Q4 2016 and Q4 2017. This figure rose to 3 per cent a year later.

Canada is attempting to address this through immigration, with the flagship priority work permit pilot the Global Talent Stream featuring two-week visa processing for the most in-demand skilled workers. With a government immigration levels plan set to see economic newcomers rise to nearly 196,000 per year by 2020, the policies are there to tackle the labour market shortage. The Express Entry System is now operating at full speed, selecting and inviting 3,500 candidates every two weeks to apply for Canadian permanent residence.

The individual provinces also have their own programs, including British Columbia where the recently-launched Tech Pilot prioritizes skilled workers who plug labour market gaps. In the provinces of Nova Scotia, Newfoundland & Labrador, New Brunswick and Prince Edward Island, the Atlantic Immigration Pilot is aiming to welcome a minimum of 2,000 new immigrants per year with jobs already lined up.

In British Columbia approximately one in 25 jobs remains vacant. According to the CFIB report this is because there are simply not enough skilled workers to service many employers in a rapidly expanding economy in Canada. New data from the CFIB shows that the country doesn’t have enough workers for all the jobs available.

According to the report, Canada’s largest association of small and medium sized businesses, the industry sectors that saw the highest significant increases in vacancies in Q4 of 2017 were:

British Columbia and Quebec are two provinces with some of the highest vacancies in the country. One of the reasons behind the 1.1 million people who are currently unemployed in Canada is a mismatch of skills. It is normal for a proportion of any population to be unemployed at any given time.  This can be explained in part by a skills mismatch between the Canadian labour force and the types of jobs available.

Small businesses are particularly vulnerable in the current climate. On the bright side, however, is the fact that a continued shortage of workers will often lead to increased wages.

According to the CFIB report the industries with the most job vacancies included personal service workers and construction workers, some of the roles facing the highest demand.

Another reason for the increased labour shortage is the lack of interest by candidates to move from on region to another for jobs. Increased labour mobility would directly help with the shortage issue. According to Statistics Canada, migration between provinces has decreased by 50 per cent since the 1970s.

Many employers are looking to the foreign market to recruit top international talent.

Another ongoing dilemma is the need for a national certification system for skilled trades and licensed professionals.  A uniform certification and standards system across all provinces would give more meaning to the freedom of mobility rights that are in theory a hall mark of our Canadian Charter of Rights and Freedoms.

Much work needs to be done by stakeholders so that these structural inefficiencies in our labour markets can be addressed in order that Canadian workers and employers can benefit.