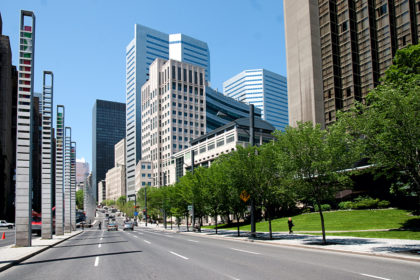 Although Bureau de cooperation interuniversitaire (BCI) is happier with Jolin-Barrette’s second effort at PEQ reform, the group, in a letter dated June 16, has called for current international students and those arriving this fall to be subject to the old rules.

The BCI is in favour of a selection system based on skills and experience, instead of the list of qualifying programs presented under Jolin-Barrette’s first attempt at reforms in the fall, which were ultimately suspended.

During the uproar about the first reform attempt, Premier Francois Legault promised a grandfather clause for students already in Quebec. Now the BCI wants Legault and Jolin-Barrette to honour that promise for the new set of reforms.

Without the grandfather clause, students who came to Quebec believing they could qualify for the PEQ will suddenly have their position changed. The problem is of particular concern for those deeper into their studies, who will now require work experience to qualify.

Study in Quebec: A Permanent Immigration Pathway to Canada for International Students

Universities say that without the clause, Quebec’s reputation would be harmed and universities may have problems attracting future international students.

The BCI has also called for paid internships and part-time work experience in the three years before an application is submitted to count towards the required experience.

The group would also like to see a specific immigration stream opened to target high-calibre teachers, along the lines of the programs targeting orderlies and technology professionals recently announced.

Students have been involved in a number of protests against the reforms since they were announced by Jolin-Barrette in late May.

A new pilot program will target beneficiary attendants (NOC 3413), reserving 550 CSQs per year for candidates in the position. Under the current Quebec immigration system, just 115 such candidates have been selected since 2013.

b) Artificial Intelligence and Information Technology

A second new pilot program will reserve 550 CSQs for candidates in occupations in the artificial intelligence and information technology industries “to contribute to the influence and competitiveness of Quebec in these sectors on the international scene”.