March 1, 2017 – The Manitoba Nominee Program issued more than 320 Invitations to Apply in the most recent draw made under its Provincial Nomination Program (PNP), made on February 27, 2017.

Of those ITAs, 200 went to skilled workers already in Manitoba, with a minimum points score of 719. 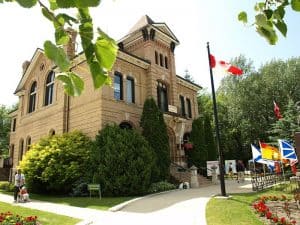 A further 124 ITAs were issued under a Strategic Recruitment Initiative (SRI) to skilled workers from overseas, for which a minimum score of 575 was required. An SRI is when a batch of permanent residents are invited to apply to fill a specific labour market need.

This was the 27th overall draw for Manitoba immigration.

The Manitoba Nominee Program’s previous draw, made on January 27, 2017, saw a total of 189 ITAs issued, with 150 of them going to skilled workers in Manitoba. The lowest ranked candidate issued with an invite scored 734 points.

The remaining 39 ITAs went to overseas workers under another SRI. The minimum score was 707 in this category.

Overseas skilled workers from several professions were not included in the latest Manitoba Nominee Program draw.

The Manitoba Nominee Program draw statement said this could be because of a large backlog of applications, low labour market demand, or significant barriers labour market participation.

Where this applies, the Manitoba Nominee Program advises candidates to reject their ITAs.